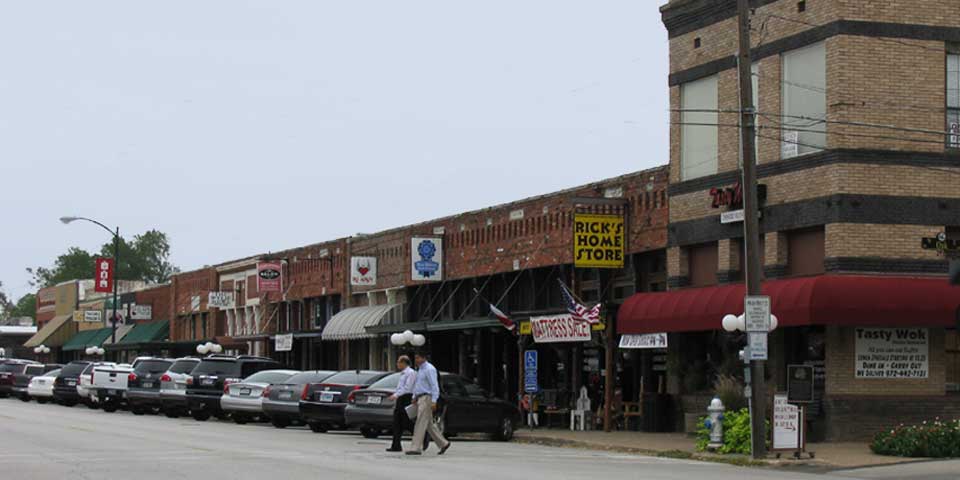 The City of Wylie was incorporated in 1887 along the rights-of-way of the Gulf, Colorado and Santa Fe Railway. It was named for Colonel W.D. Wylie, a Santa Fe Railroad official and Civil War veteran.

By 1890, Wylie's population had increased to 239 and its first one-room school was built. From 1890 to 1900, the population increased by 300% and a two-story schoolhouse was built along with the addition of a bank and gin mills.

In the late '70s, Wylie began to receive some of the DFW growth. Its population grew significantly, specifically in the '80s and '90s.

The '90s also saw two major catastrophes - a tornado hit Wylie on Mother's Day in 1993, and in December 1998, two fires (one on the 9th and another on the 11th) destroyed and/or damaged a dozen or so businesses. The city and citizens turned this catastrophe into an opportunity to revitalize downtown.

In the 21st Century, Wylie has become one of the fastest-growing communities in Collin County, DFW Metroplex and the state of Texas. With this growth, the city has made a transition from "bedroom" community to a "balanced" community combining quality residential living with a healthy business climate.